As one of the world’s largest French-speaking cities, Montreal, Quebec, offers a bit of European flair right in North America. What’s more, this picturesque urban center consistently ranks highly in annual roundups of the “world’s best cities,” earning points for its livability, diversity and openness.

Situated in the Canadian province of Quebec, Montreal offers old-world charm with a modern vibe. The historic center features cobble-stoned streets and beautiful old buildings, while Parc La Fontaine is known for its gorgeous fountains. On summer days, head to Mount Royal Park to witness “tam-tams,” a weekly get-together of hundreds of drummers and dancers. In the winter, hike up Montreal’s “mountain” to the Mount Royal Chalet. The cross atop the mountain marks the highest point in the city.

Montreal also offers a buzzing nightlife, a thriving music scene and globally recognized events, like the Montreal Jazz Festival and Just for Laughs comedy festival. Last but not least, this one-of-a-kind city features an impressive port, with access to the St. Lawrence Seaway, which connects the Great Lakes to the Atlantic Ocean.

Suffice to say; if you’re considering moving to Montreal, you have a lot to look forward to. However, if you’re not already a Canadian citizen or legal resident of Canada, you will have to jump through a few hoops to be able to call Montreal home. This guide describes some of the common ways that non-residents can legally move to Montreal.

Why Move to Montreal?

Montreal offers many attractions and a great quality of life, so it’s no wonder that many expatriates choose to make this Quebecois city their second home. According to Statistics Canada, immigrants make up some 23.4% of the city’s total population. When it comes to your personal reasons for moving to Montreal, you might fall into one of the following expat categories.

Congratulations! If you’ve received a job offer in Montreal, you already have a source of income in your future home. An employer may also be able to help you with technicalities like getting a work visa that will allow you to reside in the city legally. Montreal is home to many globally minded companies, with international employers spanning industries from aerospace (Bombardier, Airbus, etc.) to gaming (Ubisoft). The city’s many universities are also a major employer of international people.

Dig Deeper. Read more about Getting a Work Visa in Canada 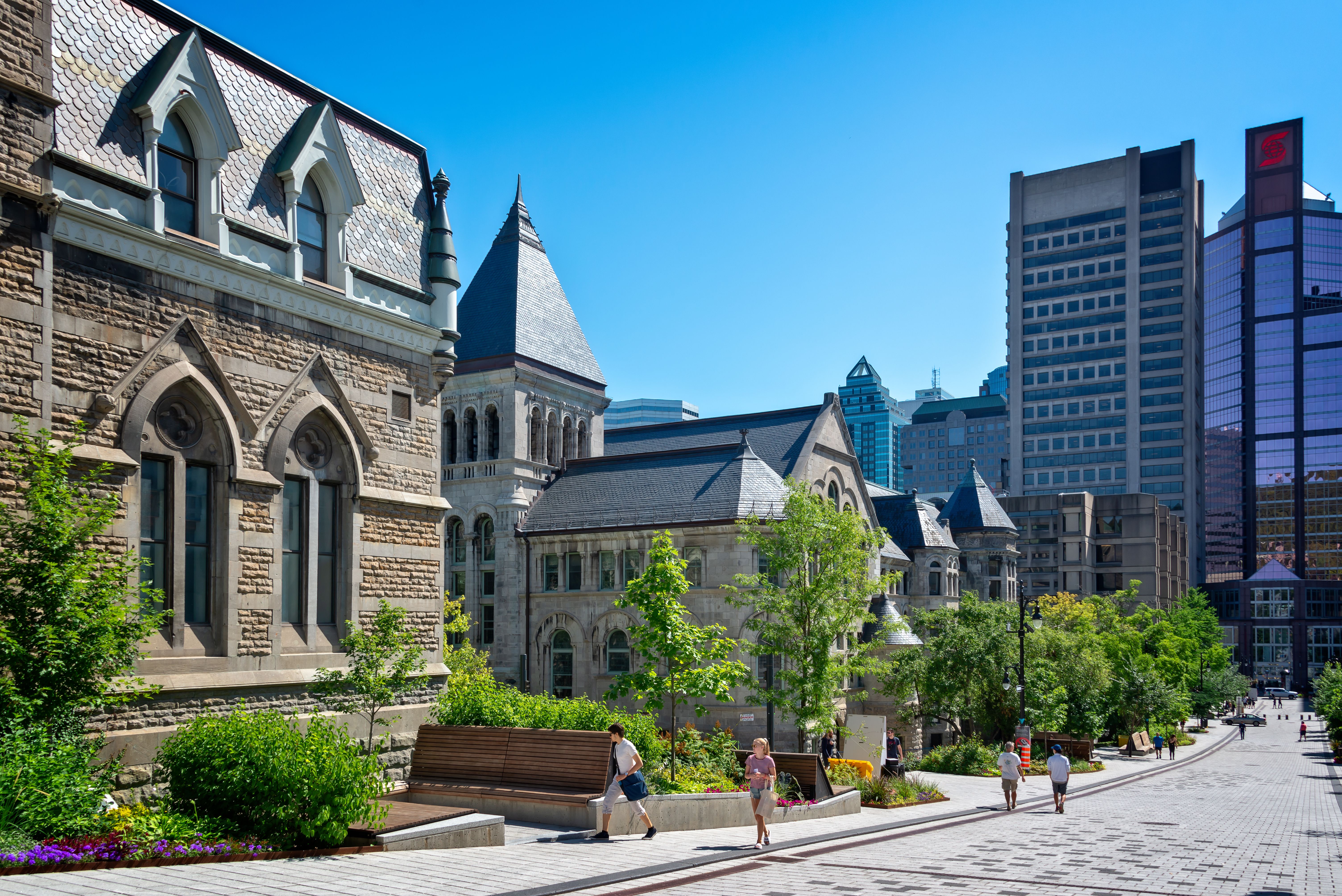 As mentioned, Montreal is one of the largest French-speaking cities in the world, with French being its official language. This makes it a great place to immerse yourself in the language. There are many language programs in the city. You can also take courses at one of the many aforementioned universities. That said, if you want to truly immerse yourself in the French language, you’ll have to choose your location wisely. Some neighborhoods are more predominantly English-speaking than others. 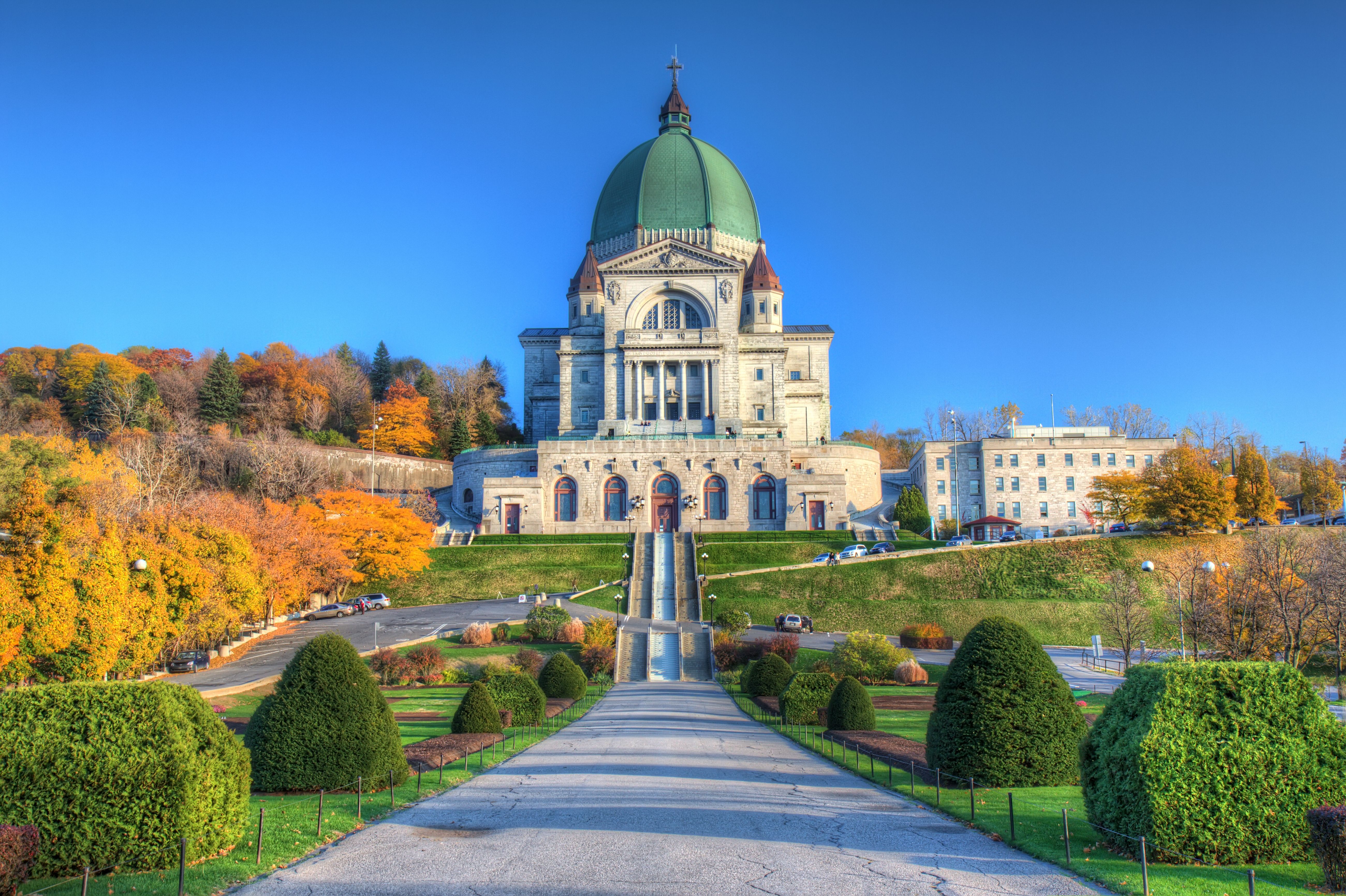 What Area of Montreal Should You Live In?

Montreal is a sizable city, with a population of about 1.6 million in the city proper and 4.2 million if you include the surrounding metropolitan area. When you move here, you’ll have a variety of neighborhoods to choose from. These can be extremely diverse in terms of infrastructure, appearance, green space and linguistic surroundings. With its mix of French and English language, new and old-world charm and buzzing atmosphere, Montreal truly is a rare gem. You have access to a vibrant cultural scene and top-tier universities. With its many restaurants, Montreal is also a foodie-friendly city (make sure to try the city’s signature dish of poutine, which is fries, cheese curds and gravy). Montreal also offers easy public transit and good health care.

Here’s an overview of some of the more popular neighborhoods in Montreal proper and what sets them apart:

Rosemont features a few Montreal highlights, including the Jean-Talon Market, the city’s largest farmers market, and Little Italy. There are also many bakeries, coffee shops, and trendy restaurants and bars in the area. If you want to spend some time relaxing outdoors, head to Parc Molson. While residential, Rosemont offers easy access to everything you need. 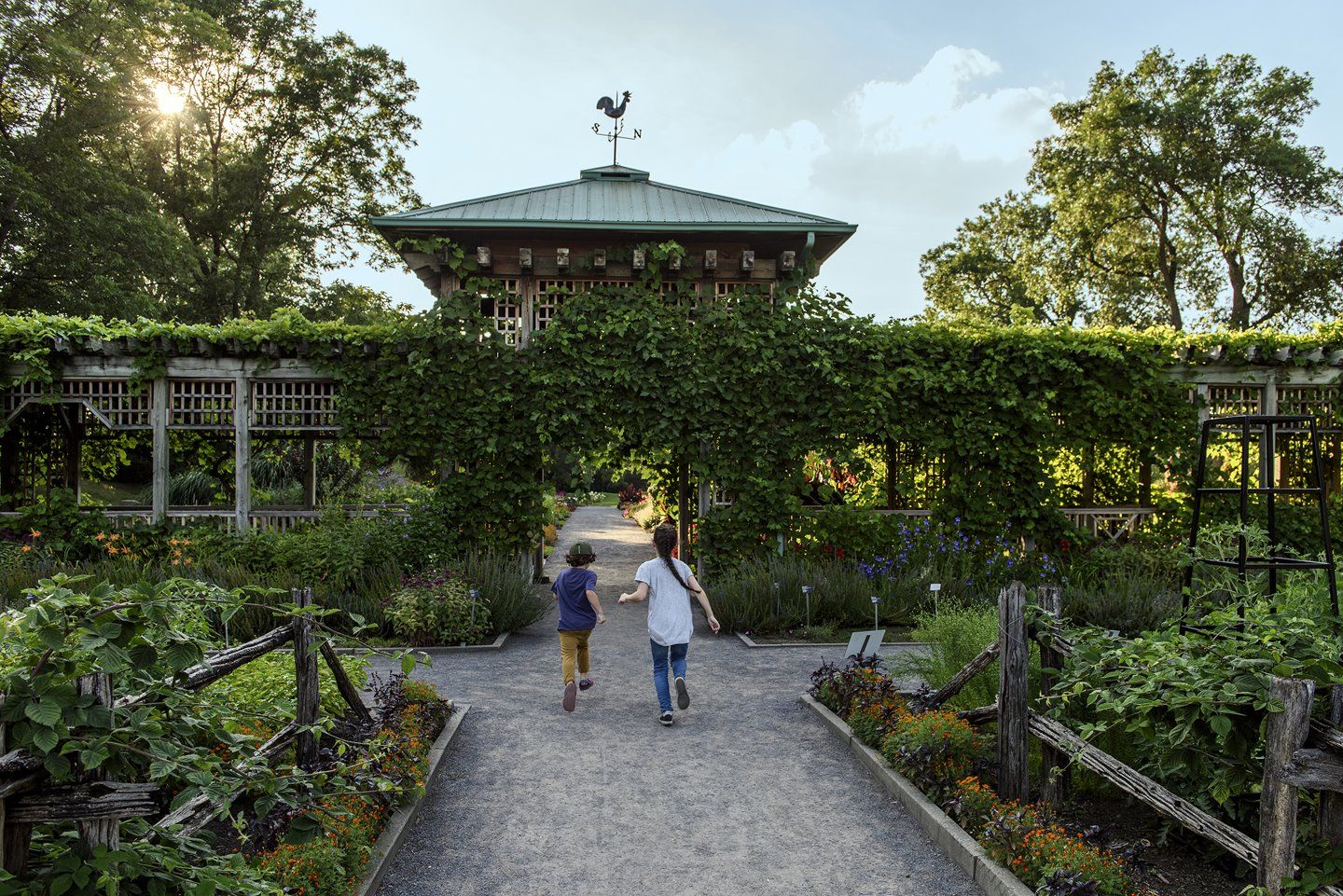 This trendy neighborhood is located alongside Montreal’s famous mountain. It’s known for its signature rowhouses, which house a mix of families, students and young professionals. The quartier is decidedly French, giving you a chance to practice your skills. However, it’s not too far from the McGill University campus. As an anglophone university, this is a great spot to escape if you need a break from flexing your French skills. 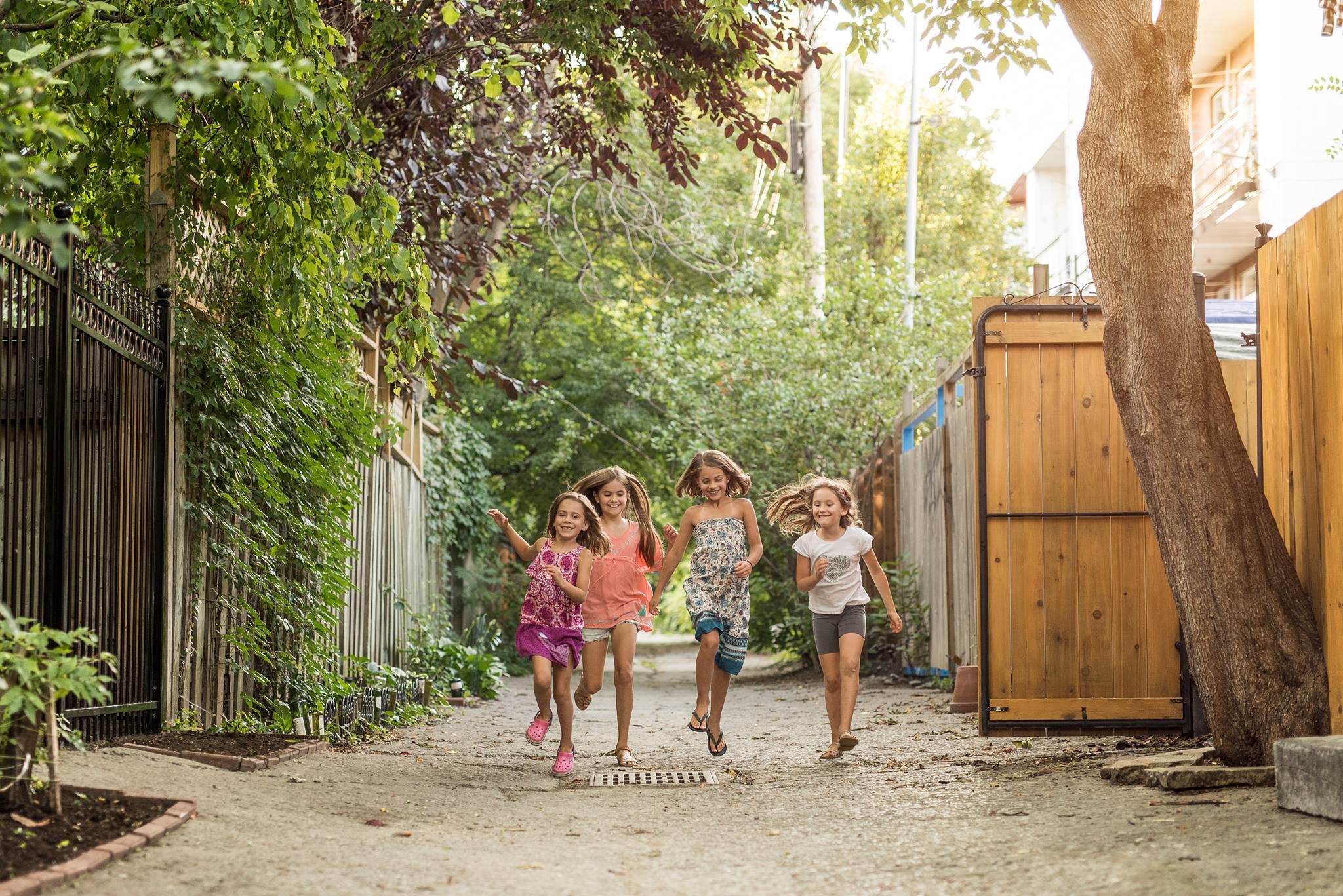 Montreal is an LGBTQ+ friendly city. Nowhere is that more evident than in the Gay Village, which hosts the city’s annual pride festival (and features some rainbow-painted buildings). This close-knit residential community is home to vintage furniture stores, bars and restaurants.

This is a family-friendly neighborhood that features plenty of green space, where you can take the kids or dog for water. The residential streets feature flower-filled front yards and community gardens. Pay a visit to Jarry Park, which features a public pool, fountain, sports field and other entertainment. You can also find restaurants, shops and cafes nearby.

Old Montreal is Montreal’s historic center and the oldest neighborhood in the city. This is where you really get a sense of Montreal’s European roots, thanks to the centennial buildings and cobbled roads. Vieux Montreal is situated alongside the city’s Old Port. It’s also home to the Grand Notre Dame Cathedral. Tourist attractions aside, it offers a comfortable ambiance.

Get Support with Moving to Montreal

It's not surprising that Montreal has gradually become a desirable destination along the Northeastern seaboard of the Americas. In fact, U.S. citizens frequently cross the border into Canada to get a taste of something a bit more cultural. And some never leave.

As the main urban hub on the East Coast of Canada, you are just as connected to Europe as New York, and unlike Montreal's counterpart on the West, Vancouver, you will find that managing international timezones is, well, manageable.

Let Relocate serve as a launching-pad. Dig-deeper into related topics for moving to Canada and search through qualified Advisors that can address specific questions you may have.