If you’re thinking of moving to Toronto, you’re not alone. Toronto is a city that embraces diversity and immigration. In fact, just under half of its population is composed of first-generation immigrants. They may have come because “Hogtown” (Toronto’s nickname) is low-key, except when bursting with pride as Canada’s leading economic, culinary, cultural, entertainment and sports center.

Immigrants to Toronto, including many Americans, like its vital downtown, which is full of lively residential neighborhoods. They value universal health care and incentives to do business. They probably also enjoy the abundance of green spaces, great annual festivals and diversity. You might have a tough time deciding where to eat each night of the week, whether in the multicultural city’s Chinatown, Little India, Greektown, Little Tokyo, Little Tibet or Koreatown.

Toronto leaves characteristic Canadian modesty behind in its (justified) boast of being a world-class city. Here are some of the reasons and ways you should work and live here.

Why You Should Move to Toronto

Toronto is not only a good city to live in — it might be the best. Nestled on the shores of Lake Ontario, Toronto was recently named the best place in the world to live by The Economist Intelligence Unit’s Index of Indexes. It ranks cities from around the world on six standards, including business environment, the cost of living, liveability, safety, food safety and democracy.

Among the reasons to move to the capital of the province of Ontario are:

Toronto Is an Innovation and Economic Hub

Toronto is Canada’s largest city (followed by Montreal in Quebec and Vancouver in British Columbia) and leads in business, finance and technology. The big city works hard to attract investment and makes it easy to start businesses and come here as a skilled worker. It has one of North America’s fastest-growing tech jobs market. For example, the Toronto-Waterloo Region Corridor is second only to Silicon Valley as an innovation and startup center.

A Relatively Low Cost of Living

The cost of living in Toronto comes down even further if you move just outside the city. But don’t worry — you’ll still have easy access to the downtown core and large markets south of the border.

Dating back to 1803, Toronto’s bustling downtown St. Lawrence Food Market was once ranked by National Geographic as the “world’s best food market,” beating out such notables as Union Square Greenmarket in New York City and Castries Market in St. Lucia.

A Lot of Festive Fun

As a leading cultural center, Toronto has a ton of festivals. For example, there is the world-renowned Toronto International Film Festival (TIFF), Toronto Jazz Festival, a Toronto Pride Festival and the massive Caribana Festival, including a parade with show-stopping costumes. In the summer, there is practically a festival or special event every weekend. Nearby annual theater festivals, such as the Stratford Festival, Shaw Festival and the downtown Toronto theater district round out the festive fun.

Living without a lot of fear about crime helps create the city’s high standard of living. 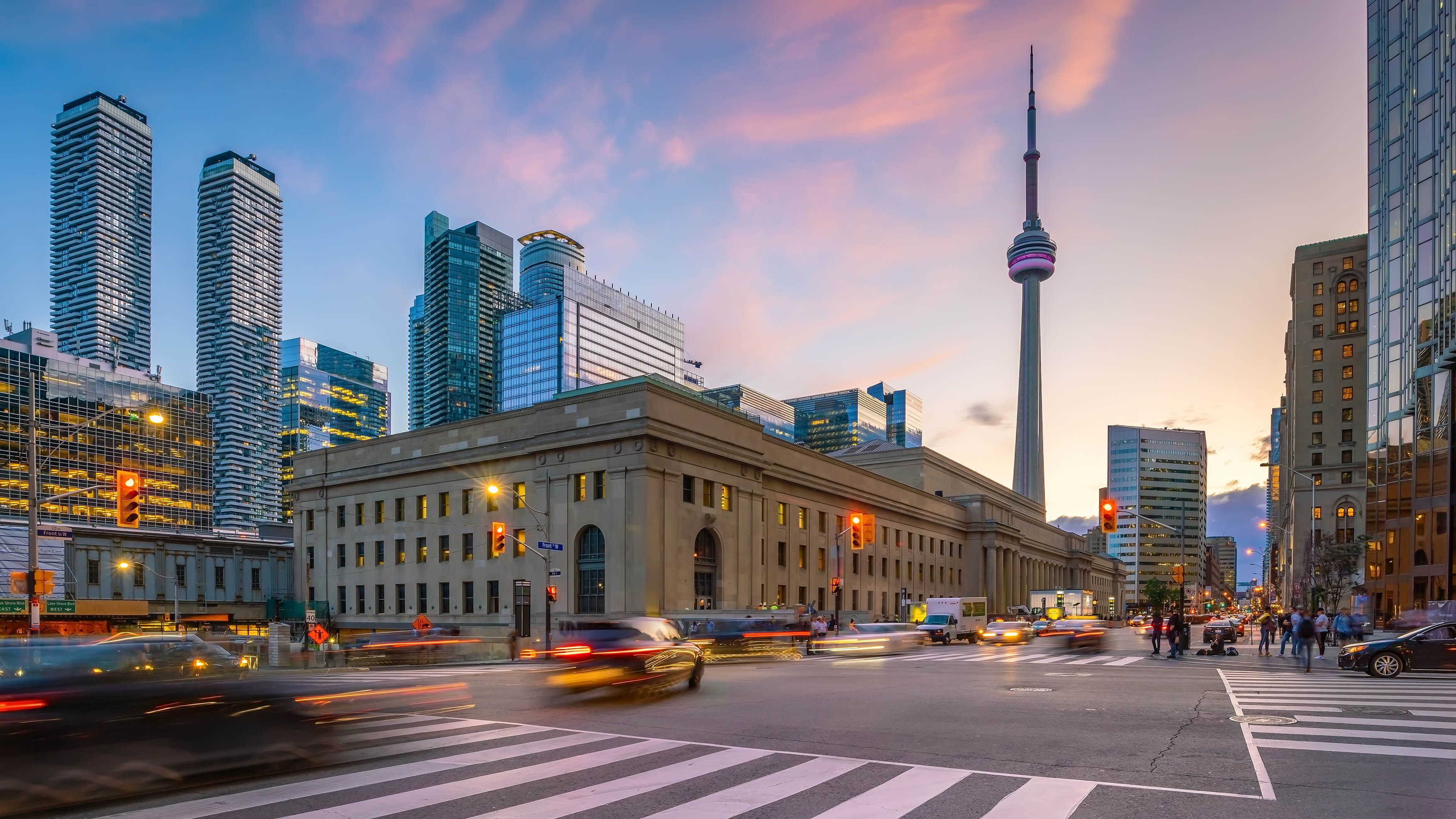 The city also has a thriving bar and nightclub scene, ranging from Vegas-style lounges and after-hours nightclubs to dive bars with the best up-and-coming talent.

Easy to Get Around

If you don’t have a car or don’t want to drive, no problem. Toronto has an extensive public transit system. Whether by streetcar, bus or subway, the Toronto Transit Commission (TTC) will get you where you need to go. Short-term bike and car rentals are also easy to come by.

A single adult fare to use the TTC is $3.25 CDN. This compares to a single adult fare in Montreal of $3.50. Meanwhile, in Chicago, a single adult fare is $2.50 (“L” Train) or $2.25 for the bus. With the exchange rate, that would make Toronto slightly more expensive than Chicago. However, in a Transit Score study, Toronto ranked third of 70 U.S. and Canadian cities and first in Canada, with Chicago ranking ninth. The study considers the variety of modes of public transit available in cities, such as bus, light rail, subway, and also looks at the frequency and the number of stops in each neighborhood.

If you want to move to the Greater Toronto Area (GTA), you’ll want to find a great neighborhood to settle down in. The good news is that Toronto is a city of distinctive neighborhoods, many clustered around the downtown core. Residents strongly identify with their neighborhoods, doing all their socializing, shopping, dining out, and, if they’re lucky, working there.

City magazine Toronto Life offers its comprehensive “The Ultimate Neighborhood Rankings,” using criteria like housing, safety, transit, shopping and more. Topping the list is Runnymede-Bloor West Village, a classy neighborhood that’s close to downtown but cloistered from it. It’s full of great shops, bars and restaurants, and top-ranked schools. The city’s sprawling and well-used High Park is the neighborhood’s backyard.

Don’t just be guided by the rankings’ top choices. Look for a neighborhood that matches your personal criteria. For example, if you are searching for an up-and-coming area with a hipster vibe, try the Junction. Once a dry (no drinking) area full of factories and abattoirs, the railway-bounded district now boasts trendy breweries, bars, restaurants and bakeries, and a lot of renovations of old homes. It has attracted write-ups from The New York Times and visits from celebrities, such as Diane Keaton, who went antique shopping.

Another area to consider is the Beaches on the east side of the city. Once home to cottages, the Beaches has long since been incorporated into the city. While the Beaches area does command high house prices, many find them worth the cost to have easy access to the long, sandy beach and Lake Ontario in the summer. The Queen Street strip is full of lively cafes, restaurants and boutiques, only a few blocks above the beach. Top-rated schools and a safe environment attract many families to the Beaches.

How to Immigrate to Toronto

When immigrating to Toronto, you have a number of different federal and provincial channels you can use. Are you a skilled worker? Do you want to come as a self-employed digital nomad? Are you an investor or entrepreneur who wants to start a business or sink their money into an existing one? The list goes on.

Each category of work comes with its own special requirements and possible immigration solutions, so make sure you research your case thoroughly to have the best possible chance of coming to Toronto under favorable terms.

Skilled workers can immigrate to Canada through the Express Entry Program offered by the federal government in Ottawa. It’s a popular but competitive system that accepts tens of thousands of immigrants every year. Applicants are ranked based on their age, education, language proficiency and employment experience.

If you are successful in your application, you can automatically become a Canadian permanent resident, allowing you to live and work anywhere, including Toronto. You can also bring your spouse or common-law partner and children with you.

To hire a foreign worker, an employer may need to get a Labour Market Impact Assessment (LMIA), showing that the immigrant applicant is able to do a job that Canadians can’t. With a positive assessment, the person can apply for a work permit by supplying a:

Dig-Deeper. Learn more about Getting a Work Visa in Canada.

A growing number of people worldwide want to operate as “digital nomads" — self-employed individuals who work on contract for various clients. While they may have the skills that make them eligible for employment in Toronto and elsewhere in Canada, they usually want to keep their freedom and work for themselves.

However, the country does have a Self-Employed Persons Program. It allows immigrants with self-employment experience in cultural or athletic activities to apply for permanent residence in Canada if they intend to be self-employed here. The program covers music teachers, actors, athletes, painters, filmmakers, freelance journalists, choreographers, coaches, trainers, and, increasingly, social media influencers and celebrities.

Canada’s Start-Up Visa Program allows successful applicants to immigrate to Toronto and elsewhere if they are willing to start a business. There are a number of criteria that must be met, generally stating that your business must be innovative, generate jobs for Canadians and be able to pull its weight internationally.

The Ontario Immigrant Nominee Program (OINP) enables applicants to live inside the province if they have the right skills and experience or are willing to open, buy or invest in a business. Applicants can apply through the Ontario Entrepreneur Stream or the Ontario Corporate Stream and must meet a series of criteria to be accepted. For example, entrepreneurs looking to settle in Toronto must have at least three years of business experience as an owner or senior manager and a net worth of at least $1,500,000 (in Canadian dollars). 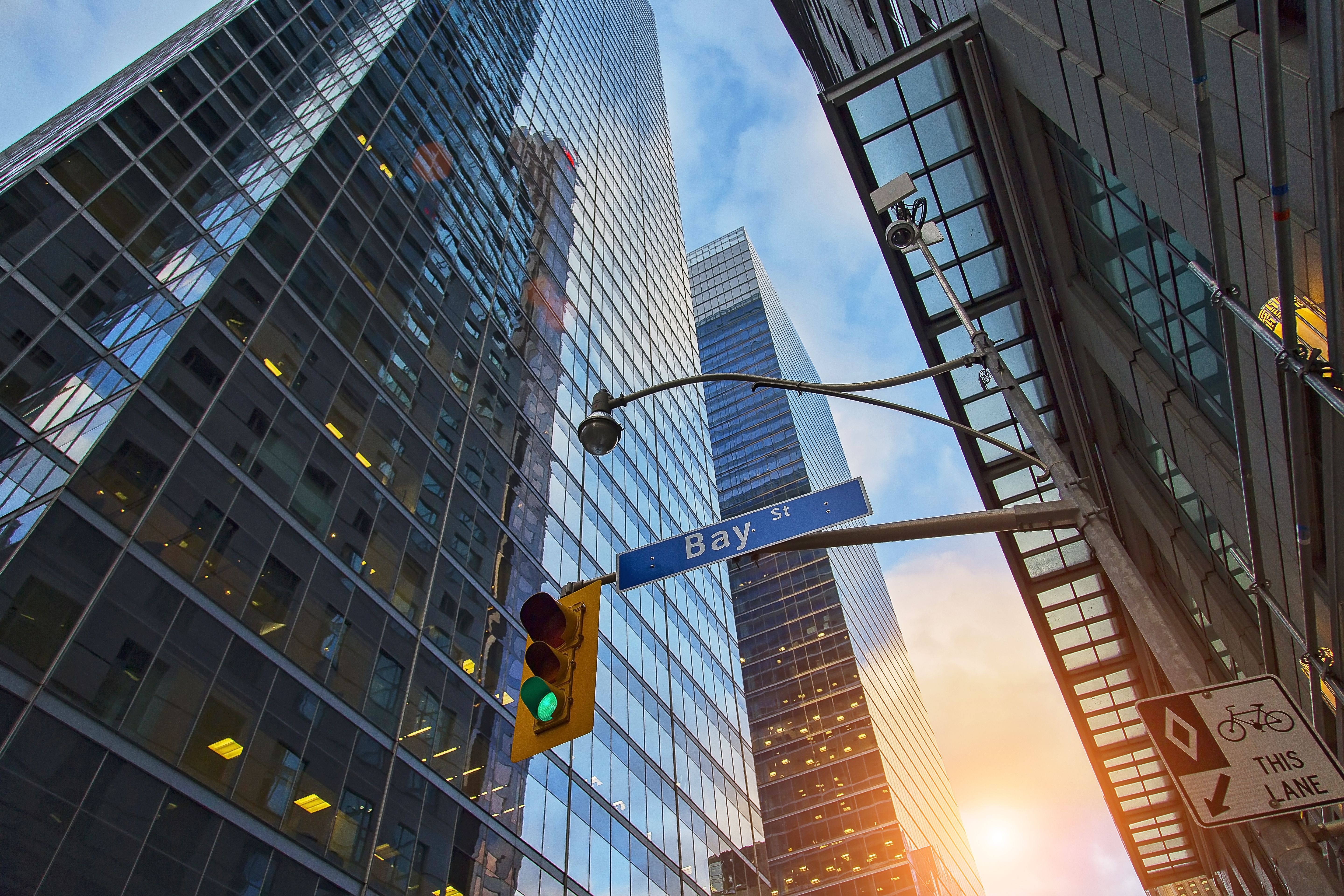 Under Canadian family sponsorship rules, you can sponsor family to come to Canada if you are a:

Among the family members you can sponsor are:

Sponsors are required to be able to support their family members and their dependents after they arrive in Toronto, providing all the necessities required to live here.

Planning on buying a home in Canada? Dig-deeper. Learn more about the important considerations for Purchasing Property in Canada.

One way recent graduates can immigrate to Toronto is to register an interest with the Immigrant Nominee Program. The program has separate Masters Graduate and Ph.D. Graduate streams.

In the Masters stream, for example, you register your interest in immigrating to Ontario, and if officially invited, you can make an application to permanently work and live here. You must be an international student with an Ontario master’s degree and meet several eligibility requirements, such as reading and speaking English or French and having legally lived in the province for one of the last two years.

You can also apply through Canada’s Express Entry program, which involves a four-step process:

Living and working in Toronto can be a deeply fulfilling experience, with a great quality of life and a wide range of business opportunities. See how a trusted platform like Relocate can connect you with immigration advisers who have the professional expertise and resources to help make your dream of moving to this new city a very happy reality.