Brazil’s population is approximately 213 million. Immigration has been essential for the development of Brazil since its discovery by the Portuguese in 1500, and it is still considered a key factor for the future of the country. Since the enactment of the Migration Law approved in 2017, policies have aimed at making the process of coming to Brazil easier and faster for foreign nationals, expediting and facilitating the granting of certain work visas and also granting immediate residence status for family reunion in addition to facilitating the process for nationals who are covered under the Mercosur Agreement and its associated countries, as well as to nationals of border countries who are not part of the Mercosur Agreement.

Immigration Pathways are Open for Brazil

The fact that immigration into countries in North America, Europe and Asia is restricted represents an opportunity for Brazil, which, because of its current rules, not only allows, but also in fact encourages, foreign nationals travelling from all the world to study and work in the country. Due to covid-19, there is a temporary exception for foreigners travelling directly from the UK, North Ireland and South Africa, or who have been in those countries sometime during the 14 days prior to travelling to Brazil. While other countries around the globe are restricting the entrance of refugees, Brazil’s Migration Law and its implementing decree, (Decree No. 9,199) are primarily focused on the importance of humanitarian rights for foreign nationals and allowing refugees to travel to Brazil and apply for resident status while in the country.

On 17 March 2020, Brazil closed all its borders, irrespective of means of transportation, on a temporary and exceptional basis. However, since 29 July 2020, Brazil has started to allow entrance by air, and has only been restricting the entrance of foreigners of any nationality by road and other land or waterway transport, always based on a technical and reasoned recommendation from the National Health Surveillance Agency - Anvisa for health reasons related to risks of contamination and the spread of covid-19. The ordinances have normally been issued with a validity of 30 days, and the one currently in effect does not have an expiry date.

Note that the restrictions do not apply to:

Furthermore, since 14 October 2020, a further exception was created to allow entrance of foreigners coming from Paraguay by road or other land transportation. Taking into account that, in most cases, our globally mobile community travels by air, there are currently no restrictions for foreigners to travel to Brazil, with the exception of foreigners leaving the UK, North Ireland or South Africa, or who have been in those countries during the 14 days prior to travelling to Brazil. Therefore, in all other cases, irrespective of their nationality, foreigners are eligible to enter Brazil by air, provided that the migratory requirements appropriate to their condition are complied with, including to carry an entry visa when required by the Brazilian legal system.

The Mercosur Agreement applies to citizens of Mercosur signatories (Argentina, Brazil, Paraguay and Uruguay) and associated countries (Bolivia, Chile, Colombia, Ecuador and Peru). On the basis of the Mercosur Agreement, nationals of these countries may apply for temporary residence in any of the other member countries, and are entitled to work under the same conditions as a national, and after two years they may apply to change their temporary residence status to one of an indefinite term.

The application for temporary residence can be made either abroad or in Brazil, even if the candidate is in Brazil in an irregular situation, in which case he or she does not have to pay a fine and is not subject to any other administrative sanctions.

The Schengen Agreement between the Federative Republic of Brazil and the European Union on Short-Term Visa Waiver for Common Passports, signed in Brussels on 8 November 2010, is applicable to individuals travelling for tourism or business purposes. 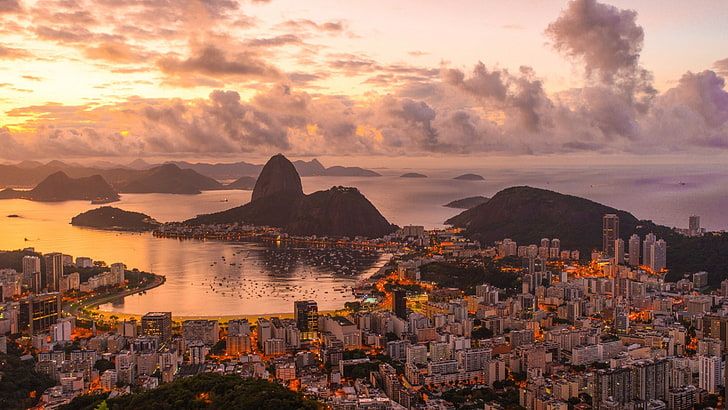 In Brazil, there are no specific legal or favoured industries for immigration purposes. It is, however, mandatory, depending on the type of visa, to respect the two-thirds rule (at least two employees out of every three must be Brazilian), or have the candidates transfer technology or know-how, or train Brazilian-registered employees, so all industries that comply with these requirements may be seen as favoured industries: the more foreign manpower that can come to Brazil to transfer know-how and train the Brazilian labour force, the better.

A Positive Outlook for Immigration and Opportunities in Brazil

Overall, Covid-19 has affected the global migration community in many negative ways, but it also brought some positive aspects due to the possibility of remote work to an extent that has never been seen before. Brazil, due to its relatively open borders, can become a hub in Latin America for multinational companies that have a presence in Brazil for the global mobility workforce to work and live in the country. For Brazil this could be an advantage for business development and especially for the Brazilian economy. The fact that the Brazilian real is now quite devalued is an excellent opportunity for real estate investments under the Brazilian equivalent of a ‘golden visa’. In Brazil, the residency programme for investment in real estate presents an interesting and feasible prospect for investors. In this regard, Brazil remains committed to the golden visa model, which it embraced in 2018, and it is hoped that foreign nationals will take up the opportunities presented by these changes to invest in property and live in the country.

Once life returns to normal, it is expected that Brazil will continue to work on developing new sectors and industries and on making it easier for foreign nationals to travel to and work in the country. There is already a variety of industries and sectors such as renewable energy, oil and gas, information technology, healthcare, manufacturing, biotechnology and pharmaceuticals that can benefit from the transfer of technology and know-how of companies that have developed their business around the world. As to being able to live in Brazil for a more indefinite term without the requirement to work for a specific company or employer, there is likely to be an increase in the number of filings for Brazilian citizenship by those nationalities that allow dual citizenship.

Gabriela Lessa is a senior lawyer in the firm’s Rio de Janeiro office. She focuses her practice in the areas of corporate immigration and intellectual property (IP). She advises in-house counsel as well as human resources professionals on all aspects of Brazilian, global immigration law and IP-related matters.

Have questions about immigration matters for Brazil. Connect with Gabriel and request a consultation. Okay, it’s almost a year away, but now is the time to start making plans for the 2023 Rio Carnival. Unless another pandemic happens (let's all pray it doesn't), carnival 2023 will be back in full force from 17th to 22nd Febr...