From Hong Kong to Sydney....

When I was just two years old, my family left Hong Kong and moved to Australia. My father, a chef, was offered a job at a then-popular Chinese restaurant in Sydney, so my parents packed up our stuff and, with my 6 month-old sister and me in tow, flew South.

Life as an immigrant child

My parents didn’t speak much English, which meant that at home, we spoke mostly Chinese. Indeed, both my parents had to learn English as they started their new life in Australia, and even though my sister and I grew up in Sydney, we still had to take English as a second language, since English was not, admittedly, our mother tongue.

As a teenager, due to my culture and upbringing, I wanted to go into the medical field. In high school I started working at a local pharmacy during the weekends, thinking it would be a good job and a foot in the door of the medical profession, and I ended up loving it.

I helped mix creams for clients, learned all the active ingredients in all the medication we had, and otherwise immersed myself 100% in the business. It was a small pharmacy and the owner took note of how much, and quickly, I was learning. Over time, as he trusted me more and more, he gave me more responsibilities too – I started to learn about not just the drugs themselves, but the business of it all.

So when I finally went off to school at the University of Sydney, I focused on and got a degree in pharmacology, thinking I would stay in the field as my profession. While at university, I got a second job with a company analysing radiology images and preparing reports alongside American doctors who were living in Australia. The idea was that, given the time difference between the US and Australia, these doctors were working while their counterparts in the US were sleeping. It was an interesting job, and when I think back on it, my first exposure to business immigration outside my own family’s journey (though I didn’t realise it at the time).

I worked these two jobs – the pharmacy and this radiology imaging company – for about three years until I completed my bachelor’s degree. I was a workhorse – I took no days off, I barely spent any money, and I was doing well in school. I was a textbook immigrant child: working, doing well in school, on track to maybe getting a Master’s, MD, or Ph.D.

At least I thought so. And that’s because soon after I graduated, I came to a realisation that changed the course of my career.

A career pivot from pharmacy to law

After I graduated from the University of Sydney, I stayed on with both jobs for a full year – working at the radiology lab and the pharmacy. Eventually, I left the pharmacy because, despite really having a knack for remembering different medications and really liking all my colleagues, I just didn’t like how, at the end of the day, a pharmacy was ultimately a retail job. I wanted something more cerebral, and where I didn’t have to be on my feet for 12 hours at a time.

The radiology job seemed to fit the bill, but after two more years, I was honestly getting bored. By this point my mum really wanted me to be a dentist, and I even took all the necessary exams and was accepted to dental school! I mean, I could have been pulling teeth and filling cavities now! But ultimately I realised that I wanted a new challenge and one that wasn’t science-centered. That’s when I decided to go to law school.

During my first year of law school I still had my job at the radiology lab, but by the second year, I left that too. You see, in order to graduate law school in Australia, you have to complete 75 working days of practical training in the legal field under the supervision of an unrestricted lawyer.

Eventually, toward the end of my degree, I needed to get a paid job, so I applied for a job at an immigration law firm called Immigration Solutions Lawyers. It was a paralegal position, since I was still in law school and hadn’t graduated yet. I applied for the job, got an immediate invitation to come in for an interview the next day, and not long into the interview got an offer… to start the next day.

I was elated! I didn’t think I was going to get a job offer at all, let alone to start so soon. I accepted the offer and showed up to work the following day.

I started the job working with and eventually leading the firm’s review team, which looked at denied visa applications and helped those applicants file appeals to the migration review tribunal and the minister’s office. 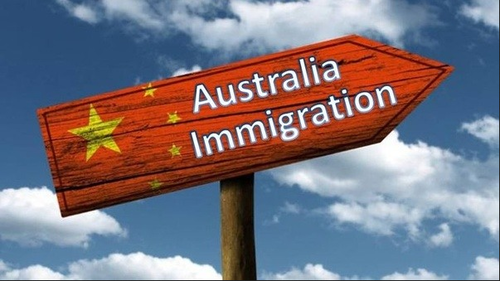 This story reflects the importance of discovering your dreams and passions, even if you have to pivot more than once….

It was my first paid legal job, and so I remember a lot about it, but there was one particular instance that made me realise just how passionate I was for the law, particularly immigration law.

I had been working on a case that had reached the last stage of appeal – the client had one last chance to make their case, and the required paperwork had to be turned in that day by 6pm. In theory, I had plenty of time to submit the paperwork that afternoon.

As we often did, everyone on the team went out on their lunch breaks. I did the same, planning to complete the application and fax it over when I got back. But when I got back to the office, all six of my team members were gathered outside the office door.

We were locked out.

The last person to leave, who is typically tasked with locking the office and taking the key, forgot to take it!

I panicked. The application I was working on had to be faxed over in just two hours, and if I didn’t get it over in time, the applicant could lose their lawful status. We called a locksmith, but they said they would be there in an hour, or so.

“No!” I yelled at the phone. “You can’t be here in an hour, we need this door open now!” Thankfully they felt our urgency, and this guy appeared shortly after and basically rammed the door open. It was a dodgy job, but I didn’t care – I was on a mission to get this done.

I got in and started feverishly typing away. I finished the submission and ran over to the fax machine to start faxing. 5:58, still faxing. The submission was thick, and as page after page slipped into the machine, I was watching the clock.

5:59, I was cutting it too close for comfort but the final page flew into the machine before 6pm. I had made it! The last page of the appeal was confirmed. I had never felt such relief.

That story, which I remember so vividly to this day and I can now look back on and laugh about, showed me just how much I cared about my work. It was the day that I realized how much I truly care about every one of my clients.

Article To Be Continued....

Is Australia Your Next Destination? Learn more about Moving to Australia

Gilton Valeo Lawyers is a Sydney based incorporated legal practice specialising in corporate migration, founded in 1982.

Connect with Fiona to know more about life in Australia and inquire on your personal immigration options. 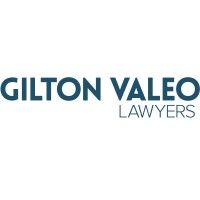 There is so much uncertainty around the post-pandemic environment, but there is one thing we know for certain – the workplace and the workforce will be fundamentally different from the pre-pandemic world we once knew. Employ...

Australia’s Partner visas are both temporary and permanent visas that enable the spouses (married) or de facto partners of Australian citizens, permanent residents, and eligible New Zealand citizens to reside in Australia on ...

Australia’s skills shortage is nothing new, but it was exacerbated by pandemic border closures. When the borders closed and Australia’s economy retreated into an uncertain Covid hibernation, many foreign workers swiftly retur...

From 1 November 2021, Australian citizens and permanent residents aged 12 and over who are fully vaccinated are able to leave Australia without an outward travel exemption. They will also be able to enter quarantine free into...