But my lawyer said my visa was approved....

Over the many years working in London, I have been contacted by a considerable number of people who appear to have been told by their lawyers that their “visas” have been approved upon receiving an I-797 (Notice of Action) for an approved petition. As a US immigration lawyer who practices outside the United States, I am asked to deal with cases for colleagues in the US needing local consular assistance. Often, I am contacted by visa applicants asking me to contact the relevant consular post to “fix” a case the consular officer got “wrong”. They have generally been under the impression that the decision was “wrong” because the lawyer filing the petition has told them, sometimes even in writing, “congratulations, your visa has been approved”, upon forwarding them the I-797 and instructed them to go to the U.S. Embassy to “pick the visa up”.

USCIS Petition approval does not guarantee that a visa will be issued.

Although usually less document intensive, the visa application requires as much care and attention as the underlying petition and there are a number of problems that may arise during the consular part of the process that could potentially delay or even prevent a visa from being issued. Remembering when preparing the petition that the beneficiary is also an eventual visa applicant could help to avoid a number of these issues.

Consular Processing Considerations for Obtaining a U.S. Visa should be Part of the Overall Immigration Strategy from Day 1

A case was recently referred to me in which an O-1 petition was sent back to USCIS for reconsideration and the beneficiary applied for another non-immigrant visa in a category for which she seemed to qualify. The subsequent visa application was refused under INA § 214(b) because the consular officer believed that the subsequent application was being made only so that the beneficiary could travel to the US to work for the O-1 petitioner and the beneficiary was told that no non-immigrant visa would be issued to her in any classification until the USCIS reviewed her previous O-1 petition.

In these cases, if the lawyer believes that, despite the newly discovered information, the beneficiary may still be eligible for the visa, it is best to try to deal with these cases at the consular post as it can several take months for USCIS to review the petition and respond to the consular post with its decision and, during this time, the beneficiary may not be able to have a visa issued in any other category. In fact

In general, when a recommendation for review has been made to USCIS the applicant may be given a letter explaining why the decision was made and should have had it explained to him or her during the interview. Whether this is the case or not, the best way to deal with this situation is to contact the Embassy. The way to do so will depend on the post in question, but communication needs to be made urgently before the petition starts its journey through the void back to USCIS. The best advice on these cases is to be courteous in your correspondence and don’t take the applicant’s account of what happened during the interview as the only side of the story. I have found that working with the consular officer (or, depending on the issue, even the Chief of the Visa Section), which may mean submitting additional information and evidence to prove the applicant’s eligibility, is the best way to deal with these cases. This may result in having the applicant re-interviewed by another officer using the same I-797 or sometimes even in a visa being issued by the original interviewing officer. 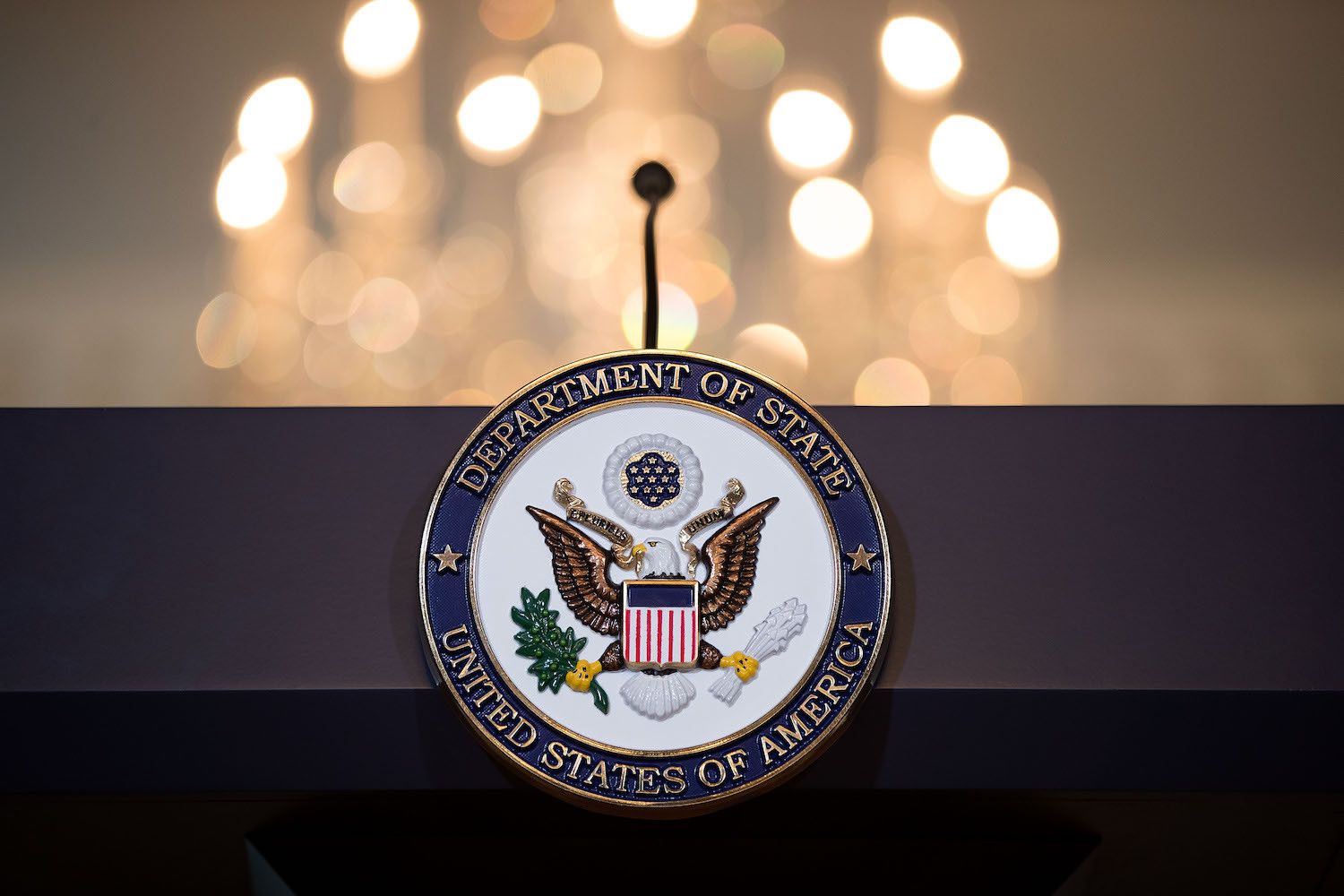 The U.S. maintains nearly 163 Embassies and 93 Consulates throughout the world.

I have observed several beneficiaries of approved E petitions attempting to apply for E visas based solely on the I-129 petition. For an E visa to be issued by a consular officer there must be a corporate E registration on file with the consular post having jurisdiction over the matter. The I-129 petition with E supplement may serve to change or extend someone’s status in the US. However, as soon as the beneficiary departs the US he or she will need to apply for a visa at the consulate before being able to return to the US in E status. To do so, the company must have a valid registration on file.

It appears that the consular posts may be aware of the different standards their E visa officers use to adjudicate corporate applications compared to those used by their colleagues in the USCIS. As a result of this, consular officers may refuse to issue B visas bearing the annotation “Prospective E-2 Investor” for applicants who are planning to open an office in the US and tell applicants that they should travel on the Visa Waiver Program for this purpose. As this is presumably to prevent the applicant from changing status in the US and gaining E status without filing a registration application, and it has happed to cases my colleagues and I see in consular posts around Europe, it leads me to believe that the issue may be quite widespread.

Moreover, as every consular post has its own format and specific requirements for submitting an E visa application, even if a change/extension of status petition is appropriate to keep someone in the US, the documents used to support that petition also should also be prepared to satisfy the post’s requirements where the registration application will eventually have to be submitted. It may even be beneficial to prepare and file both the I-129 petition and the corporate registration concurrently so that the corporate application is on file with the consulate in the event that the client has to travel outside the US unexpectedly and will need to apply for the visa before returning.

While no lawyer likes to think that this is possible, sometimes applications are refused, and visas are not issued. It is important to remember that, unlike the petition stage, at the consular interview it is the applicant and his/her passport appearing at the Embassy. While a petition denial can certainly be devastating, it does not usually result in the beneficiary not being able to travel to the US at all. However, when a person makes an application for a visa, a refusal may result in him or her being ineligible to travel to the US in future on the Visa Waiver Program (assuming he or she is from a participating country). While the advent of ESTA has clarified a number of issues for people wondering whether they may be eligible to travel on the Visa Wavier Program, having a visa refusal can certainly complicate or, depending on the reason for the refusal, prevent future travel to the US.

Having a U.S. immigration lawyer that know the idiosyncrasies and requirements for each U.S. Embassy and Consulate can be critical.

Understanding that visa processing is an integral part of the immigration process and that it is not a “given” that the visa will be issued and undertaking the relevant planning may save precious time and money in the long run. There is a network of qualified and experienced US immigration lawyers around the world who deal with their local US Embassies and Consulates on a daily basis. They have an in depth understanding of the local policies and procedures – just as our colleagues in the US know the inner workings of their local USCIS office. These lawyers will also know good criminal lawyers in their jurisdictions who can help prepare the relevant documents that will need to be submitted with a visa or waiver application for someone who has a non-US arrest or conviction. Using this resource or even simply reviewing the relevant Embassy or Consulate’s website before drafting the petition, in anticipation that the beneficiary will also eventually be a visa applicant and advising accordingly may help to ensure that the entire process runs smoothly. This, in turn, may lead to fewer beneficiaries being refused visas at consular posts and left shaking their heads thinking…but my lawyer told me my visa was approved…

Do you have a complex U.S. immigration matter that relates to this article?

Daniel Parisi is a licensed U.S. Immigration Attorney. Daniel handles all aspects of US immigration issues, but focuses on visa ineligibility based on criminal history. He has served as Chair of the American Immigration Lawyers Association (AILA) Department of State Liaison Committee for several years and have extensive experience dealing with US Embassies around the world. He is based in Brussels, Belgium where he continues to represent complex clients with complex U.S. immigration casework.

Connect with Daniel today and request a consultation to address the specifics of your case.