Paying Taxes In The United States

Paying Taxes in the U.S. as a Foreigner

U.S. tax laws are complex and constantly evolving. Therefore, it can be difficult to comprehend, especially for foreigners who may find the tax system is different from their home country. A good understanding of these laws and how they operate is critical to enable you to navigate the complex process involved in paying taxes as a foreigner.

Are you a foreigner with little or no knowledge of the U.S. tax system? Well, rest easy because this page will provide you an insight on tax filing requirements, how to file tax based on your resident status and all the specifics of paying taxes in the U.S. as a foreigner.

Who Is Required to Pay Taxes in the United States?

To pass the substantial presence test, you must meet the following two requirements:

When it comes to paying taxes, a resident alien is taxed on their worldwide income, while a nonresident alien pays tax based solely on their U.S. source income.

Is it illegal not to pay your taxes in the USA as a foreigner?

Yes, it is illegal not to pay taxes in the U.S. whether you are a citizen or a foreigner. Intentionally under representing your tax liability, filing an incorrect U.S. tax return, making a willfully misleading statement on your tax return, or complete failure to comply with the U.S. tax law constitutes tax evasion. Failure to pay taxes may result in fines and criminal penalties that may impact a future residency application.

How Much Tax Do You Pay in America?

How much you pay in taxes as a foreigner in the United States largely depends on whether the government classifies you as a resident or nonresident alien.

Nonresident aliens pay taxes on their U.S. source income, and they generally are taxed at a flat rate of 30 percent. This income comprises of two categories:

A reduced tax rate may apply if there is a tax treaty between the U.S. and a foreign country. Note that you must have either a Social Security Number (SSN) or an Individual Taxpayer Identification Number (ITIN) to take advantage of this benefit.

Along the same lines as tax treaties, the U.S. has entered into totalization agreements to avoid double taxation--specifically regarding social security taxes in the U.S. and the recipients’ home country. Through our independent marketplace at Relocate, you can connect with a qualified Advisor who can determine whether or not your country allows you to qualify for these tax benefits. 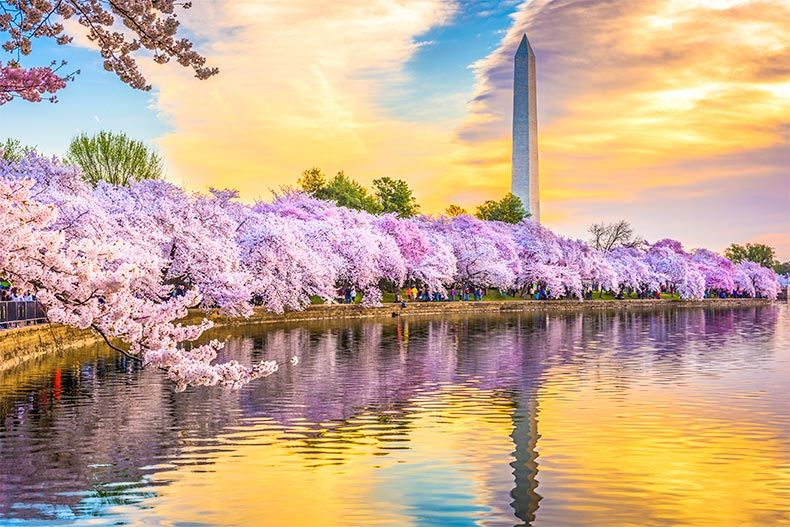 The most vital document for a nonresident alien is Form 1040-NR. Individuals use this form to report both their ECI FDAP income. You will also need to file Form 8833 if you plan on taking advantage of a foreign tax credit.

Additional documents that may or may not be necessary depending on your situation include:

You will want to collect all relevant paperwork for proof if filing these deductions on your tax return.

Note that you will also need to consider your marital status for federal income tax purposes, specifically on whether or not you want to file together to claim any tax exemptions.

Once you have collected all the necessary paperwork, you will need to file your tax return and make any necessary payments. The U.S. tax year is consistent with the calendar year. That is, It begins on January 1st and ends on December 31st. Nonresident aliens should file their federal income tax returns on or before April 15th (tax due date).

If mailed, your tax return must be postmarked and addressed on or before April 15th. If the tax due date falls on a holiday or the weekend, the filing date is the next working day. If you are unable to file on or before the due date, you can file Form 4868 for an extension.

If you are an expat living overseas, the rules for filing income taxes are generally the same as U.S. residents. You can either file your income tax return electronically or mail your U.S. tax return to:

You can assess your filing status in a given tax year through the IRS website. In line with the Foreign Account Tax Compliance Act (FATCA), overseas Americans having a foreign (non-US) bank or financial account with an aggregate amount of at least $10,000 must file a Foreign Bank Account Report (FBAR) when filing income tax returns.

As a foreigner living in the United States, it can be challenging to navigate the complex U.S. tax system. Whether you are self-employed in the United States or still generating money from foreign sources, it is critical to understand your overall tax liability. As an independent marketplace, we invite you to dig-deeper into relevant topics for paying taxes in the United States, browse qualified financial Advisors and get answers to your questions all in one place.

Connect with qualified experts in the United States

Find the perfect advisor based on your relocation needs.