Starting A Business In The United States

Guide to Starting a Business in the U.S.

If you are a foreign entrepreneur, it can be exciting to dream about starting a new business in the United States. And why would you not? The U.S. is the world’s largest economy, which translates to plenty of opportunities for small business owners.

But how do you make the move from your home country to doing business in the U.S.? This article will discuss starting your own business in America and offer some helpful tips for foreigners who want to start their own business abroad.

Reasons to Start a Business in the United States

It can be overwhelming and intimidating to move your entire life — including your business and professional career — abroad. However, there are plenty of reasons nonresident business owners will want to form a company in the USA.

Here are some reasons you might decide to make this big move.

One of the Largest Economies in the World

With a gross domestic product (GDP) of $21.43 trillion, the U.S. has, by far, the largest economy in the world. In fact, the U.S. represents nearly 25% of the total global economy. The country that comes in second — China — has a GDP of $14.34 trillion. With so much money flowing through the economy, that creates a lot of opportunities for small business owners.

The U.S. is known for its free enterprise system of commerce, which encourages individuals to own and operate private companies. Business activities are allowed with limited government interference, although there are some checks and balances in place. Still, much of the economy is determined by competition and supply and demand.

Foreign direct investment (FDI) has long played a role in the economic growth of the U.S., as it gives the country a global economic advantage. The U.S. is also the largest recipient of FDI in the world.

By the end of 2018, there was $4.3 trillion FDI stock in the U.S. and $253.6 billion FDI funds flowing into the country. Further, foreign-owned firms spent about $62.6 billion on research and development in the U.S. in 2017 and filed for 53% of all U.S. utility patents the previous year. So, foreign investors and businesses have an impact on American markets. 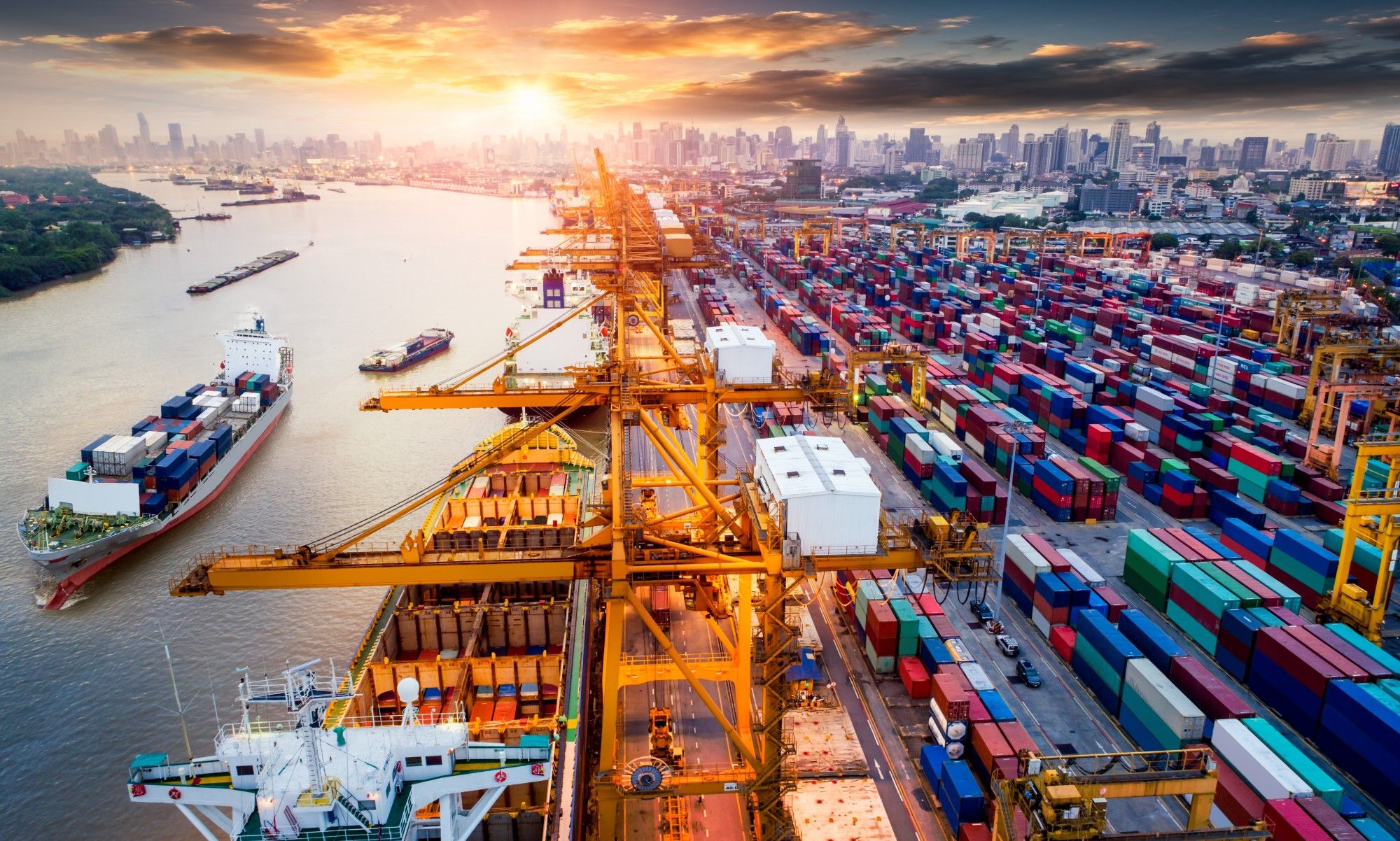 Pathway to a Green Card

If you are a business owner that plans to hire employees and wish to settle in the United States as a permanent resident, you may want to consider structuring an immigrant-based plan. The most direct pathway for business-based investors in the United States is the EB-5 program. Per current regulations, you will need to invest at least $500,000 USD - $1,600,000 USD in targeted employment areas and create at least 10 full-time jobs.

You can also consider non-immigrant visas that provide work authorization in the U.S. An L-1A or L-1B intracompany transferee visa, for instance, permits high-level executives, managers, or other specialized employees from a multinational company to work and live in the U.S. Another option is an E-2 visa, which grants entry to individuals into the U.S. who oversee a substantial investment in the U.S.

Yes. In fact, you do not need a U.S. visa (or even to be physically present in the United States) to register a company. You will need to know where you want to register a company, and also take into consideration other important matters such as tax benefits and formalities of structuring an entity.

That said, there are multiple ways to effectively register a U.S. company -- from using “do it yourself” online portals to working directly with qualified corporate lawyers and professional cross-border consultants.

The filing fee for starting a business varies based on the type of legal business entity you are forming and where your business is located in the U.S. In most states, these fees should not cost you more than $300, although they can be as low as $50 and as high as $725. This does not include any professional fees if you choose to engage someone to help you with the formation process.

The overall cost of forming a business will vary depending on the type of business you are starting and where your company is located. A few startup costs to keep in mind include the cost of real estate (whether renting a space or buying property), employee wages, marketing and promotions, business licenses and registration fees, equipment, and insurance.

How to Start a Business in the United States

As you follow your dreams of forming a U.S. company, here is a brief step-by-step breakdown of what you need to do to form your business as a foreign owner.

You will need to select the legal entity that works best for your new company. There are four main business structures you will likely consider: a sole proprietorship, a partnership, a corporation (either an S corporation or a C corporation), or an LLC.

Each type of business operates differently, from how it is taxed (and how it files its tax returns) to the amount of personal liability offered to owners and managers. For instance, a C corporation is subject to double taxation, meaning owners and investors are taxed on their dividends and the company is taxed, as well.

As a foreign business owner in the U.S., a corporation or an LLC will likely offer you the best tax benefits and protection of your personal assets.

In most states, though, to register your business, you will be required to select a unique business name. You will also need to select a registered agent who handles and receives all legal documents for your company and file their name and mailing address with the state.

Some states will also ask for you to file your Articles of Incorporation or Organization, depending on which legal business structure you choose. Some states may want you to file an Operating Agreement, as well. Once you have formally registered your business and obtained your employer identification number (EIN), you can set up your U.S. bank account.

Obviously, there is no "one size fits all" equation for starting a business in the United States. The type of business is often an important decision that depends on several factors, including the nature of your business as well as location, growth projections and corporate makeup. That said, there are still some important considerations for any potential U.S. business owner.

To operate your business, you will need to register for state and/or federal tax ID numbers. Again, the requirements will vary by state, so check your local laws. You can apply for an employer identification number (EIN), which is necessary for paying state and federal taxes, through the Internal Revenue Service (IRS). In addition to paying business taxes, your EIN is needed to hire employees and establish your U.S. bank account

Before you start doing business, you need to apply for any pertinent licenses and permits, which will vary by state and industry. Again, check your state laws, as well as any county or city regulations, to ensure that you have all of the required permits needed to operate your company. For example, if you plan to serve or sell liquor most States will require you to have this license. Similarly, if you plan to sell lottery tickets, real-estate or import produce there may be regulatory matters to settle beforehand.

After coming up with a business idea and starting to take steps to form your company, you’ll want to write a business plan — particularly if you want to secure funding or apply for a visa. This important document will serve as the backbone of your company.

Your business plan should include your business name and physical address (and other contact information), an executive summary of your company, a more in-depth business description, a market analysis to show your understanding of your industry, the legal structure of your business, details on your services and products, a financial outlook for your company, and your approach to marketing and sales.

Ultimately, this document will be used for everything from opening a business bank account and signing a lease on a space to seeking funding from investors or the U.S. Small Business Administration (SBA).

It is critical to remember that you cannot legally work in the United States unless you have the requisite visa permitting work-authorization. Also known as your employment authorization document (EAD), it is the only way to effectively receive a salary from the U.S. entity and work as an employee.

If you do not have a U.S. working visa and EAD, you can still own a U.S. company. Furthermore, that U.S. entity can still operate, and while you cannot receive a salary, you are able to obtain profits, distributions and dividends from your U.S. company.

Overall, make sure you have a good team behind you and consult with experts for legal advice to ensure you are following the best business and accounting practices.

Get Business Help From Trusted Advisors Through Relocate

If you have any questions as you work toward your dream of owning and running a business in the U.S., dig-deeper into relevant topics and connect you with experts who can point you in the right direction. Browse through qualified Advisors in the U.S. who can answer any inquiries you have about what it takes to start a business in the United States, and the steps required to make the move.

Submit general questions to Advisors in the U.S. or request direct consultations if you have more in-depth questions about what it takes to own and operate a business as a foreigner.